24×18 Photo-Intaglio print of a manipulated photo that I took in winter of 2015 in Central Park.

I was trying to capture the twisted textures of the trees, contrasting the distant urban skyline, but the photo process filled in the trees as a flat black, and the emphasis is now on the dramatic sky contrasting the exciting weave of shadows on the walkway.  As usual, printmaking doesn’t always do what I expect but I do like this image in the end.

I redid the plate, with an ochre/sienna ink, and layered it with a second plate, created from a different photo, after using the curves tool in photoshop to isolate the blacks.  I also gave the 2nd plate a longer exposure to be sure the details in the black would print.  This new image captures the sky and light areas of the photo with the first yellow plate, and the rich textures are captured on the black plate. 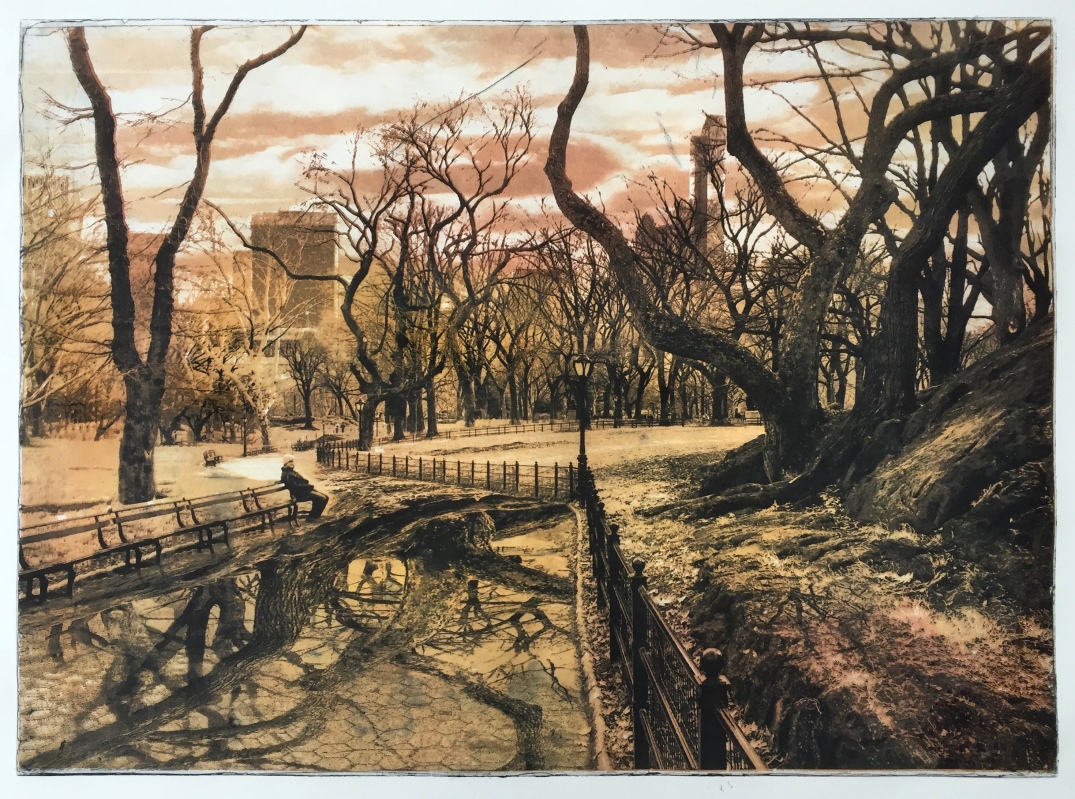 10″ x 8″ Mezzotint and drypoint from copper plate.  The mezzotint rocker took days to create a velvety black, into which I burnished to lighten areas, and then use the diamond-tipped tool to scratch in the dark lines and control the darks.   I like the way some patterns of the lines remain from the mezzotint rocking. It reminds me of a Hopper etching I saw once of a dark street corner, that had lots of cross-hatching, as the rocker creates.

Its so time consuming, that its no wonder the mezzotint process is regarded an elitist print technique. Beginning in the middle of seventeenth century, it was mastered by artists such as Durer and Escher.